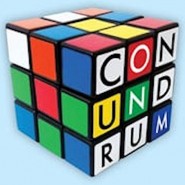 Think about the difference between potential and capacity.  I have counseled my sons to “realize (their) full potential” – smacks of a self-help platitude but, it’s sincere.  I’ve done the same to myself, feeling like I’ve sequestered myself in an engineering career without taking the risk to ‘realize my full (human) potential’ as an artist.  Something like that.

I have come to believe that potential is something of a trap.  We use it to live in the future instead of the now, measuring ourselves against what we think we could be, or even worse, what others – including fathers! – expect of us to be.  It’s almost impossible to live up to this illusory idea of ‘potential.’

Capacity on the other hand, is something that can be realized in the present.  What action are we willing to ‘own,’ today, that will make a difference, that will move us towards the change we desire?  That, is our capacity in action.

One foot in front of the other, one day at a time.  Doesn’t have to be perfect; I’m sure Dylan wrote plenty of songs that sucked – they just didn’t end up on albums (OK, maybe some of them did!).

Want to join the discussion?
Feel free to contribute!

Failure is a Learning Tool

Influence of the Shaman
Scroll to top